It's time to Start Grilling!

Barbecues are a nice way to enjoy great food and great company.
Here are some tips to make grilling a hit.


1. Pick a theme for your barbecue. Eva Ingvarson, a trend expert from Evite says, "Select a theme and carry it through from decorations to food preparations." By the way, "grilling meat" is not a theme.

2. Bring the entertainment. Sure, your friends are great, but don’t expect them to entertain themselves while the ribs are on the grill. Set up some classic backyard games, like horseshoes or badminton so they’re not forced to sit around listening to your crazy Uncle Lou tell his stories.

3. Don't stop at the burgers. Barbecues aren’t just for steaks and burgers. Expand your company’s palate range and grill up some seafood and vegetables—you lumberjack.

4. Keep it safe.Your guests are there to have a good time and to eat some great food, not to catch salmonella. "Use a probe thermometer to accurately measure temperature," says Doug Huemoeller, president of Kitchen Window, a gourmet kitchen store in Minneapolis, Minnesota "A dual probe is best—one to measure the grill temperature and one to measure the temperature of the meat," he says. And when you’re cooking different foods on the grill, make sure they all have some space. "Not only can marinades mix and lead to less-than-desirable results in terms of flavor, but uncooked juices from chicken can end up on other grill items, which can lead to salmonella poisoning," says Daniel Stevens, executive chef of Z’Tejas Southwestern Grill.

5. Quit playing with the meat. When the food is on the grill, relax. Don’t move it around too much or too quickly. "The natural sugars in the meat need to caramelize before the food will release from the grill," says Huemoeller.

7. Watcha burning? Looking to go beyond just the usual charcoal and lighter fluid? Class it up with a premium natural charcoal or wood chunks like apple, cherry, hickory, cedar, birch or maple.

8. Start 24 hours earlier. Be sure to plan ahead. Marinating meat 24 hours ahead of time will give your food great flavor, says Jose Aléman, Chef de Cuisine of BOA Steakhouse in Las Vegas.

9. Have some consideration. Know your guests and what they like. Sure, PBR is great when you’re vegging out in front of the boob tube, but maybe your friends and family would prefer a glass of cab with their steak? Nothing wrong with having both on hand.

10. Don't be cheap. Get the good stuff. Sure, dogs and burgers are classics, but try talking to your local butcher and get some great cuts of meat that will give your barbecue a much needed kick in the pants.

As Always, have fun and enjoy the time with friends and family!
Posted by GCC Partners Webmaster at 9:43 AM No comments:

Let's Go to the Beach!

Summer's here!  Living in Southern California, we have access to some of the greatest beaches in the world.  Here's a top ten list of the best.  All are within driving distance! 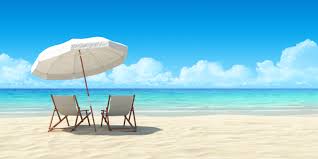 Laguna is one of Orange County's most fashionable towns, as well as one of the most culturally rich, but the beach is a big draw, too. The water at Laguna is generally clean and calm, though occasionally the Pacific tends to be cool with strong tides. Clean, white and warm, Laguna's sands are perfect for strolling, volleyball matches or simply unwinding on a blanket.

For well over a century, Coronado's beaches have been its fortune, namely the seaside in front of the glamorous Hotel Del Coronado open since 1888. For non-hotel guests, the main beach, Coronado Central Beach, stretches 1.5 miles behind the great houses along Ocean Boulevard. Swimmers, bodysurfers, boogie boarders, sand sculptors, tide poolers and, from December through February, whale watchers all take to the sand and sea. North Beach attracts surfers in the morning, and at the extreme north is Dog Beach, where leashless canines can frolic in the surf.

If you've come to El Matador to savor the beach rather than get sucked into the hustle and bustle of Los Angeles, then you're in luck -- there's blissfully little else to do here other than bask on Malibu's most glorious stretch of beach. The best way to enjoy your time is to check the tide schedule, pack a picnic lunch or sunset dinner, grab a blanket, and trek down to one of El Matador's hidden nooks and coves to enjoy the incredibly romantic atmosphere.

No beach in the world is like Venice Beach. Sure, other California beaches have sand, surf and sunshine. But they do not have a 3-ring urban street circus, complete with philosophizing artists, trash-talking hoopsters, preening weightlifters, barefoot sand sculptors and more. All of this frenetic activity happens on Ocean Front Walk, a 3/4-mile concrete boardwalk with stores, fast-food spots, flea markets and artists.

Trendsetters, jet-setters, and beach lovers in the know have been taking advantage of Newport Beach's coastal charms for decades. There's the ritzy harbor most folks will only dream of docking a yacht in; beachside "bungalows" worth many, many millions; a shopping district so chic, Rodeo Drive looks discounted; and, oh yes, an utterly magnificent stretch of beach. This wide bed of sand, silky and blonde, rolls south from Newport Pier to Balboa Pier, and plays host to diehard surfers, serious sunbathers, trendy 20-somethings and families. Sitting by a weathered pier, gazing past wooden lifeguard stands toward a fiery sunset, one can't help but wax nostalgic for days when Beach Boys records and long boards were all the rage.

Hermosa Beach takes pride in its abundance of outdoor beach activities, which include surfing, swimming, paddleball, sunbathing and, of course, volleyball -- there always seems to be intense serving and spiking action on the 1.5-mile stretch of sand. By day, the Strand, a paved boardwalk that borders the beach, is a thoroughfare for bikers, bladers, joggers and strollers. At night, the Strand is a great people-watching spot as crowds fill the restaurants and bars.

With its small crescent of sand tucked between towering sandstone cliffs, La Jolla Cove is one of the smallest but also the most photographed beaches along the Southern California coastline. And things are just as lovely below the surface at this is popular spot for scuba-diving and snorkeling, thanks to visibility that extends up to 30 feet and wildlife protected by the San Diego La Jolla Underwater Park Ecological Reserve.

Located 22 miles off the Southern California coast, Catalina Island is known for its myriad of outdoor activities like snorkeling, scuba, horseback-riding, kayaking and hiking. After an active day, stroll around the quaint social center of the island at Avalon for window-shopping, gallery-hopping and a gourmet meal. Bring a camera as photo opportunities present themselves at almost every turn; shutterbugs should be on the lookout for grazing buffalo. Boats depart from Newport Beach, Long Beach, San Pedro and Dana Point; for jet-setters who don't want to waste any time traveling, helicopter trips are also a possibility.

A secluded beach stretching some 3.5 miles, an official "underwater park" teeming with reefs and 2,000-plus wooded acres for exploring make Crystal Cove State Park a remarkable escape from the crowds and bustle of Newport Harbor. Tide pools and coves delight visitors to the beach year-round, though rangers advise exploration of these during winter, when lower tides present clearer views of the aquatic life. Carved into the park's ridges and canyons are more than 23 miles of mountain-biking, horseback-riding and hiking trails, many of which feature steep, rocky climbs.

There’s never a shortage of seaside fun at Santa Monica Pier where the beach meets the boardwalk in a festive display of amusement park rides, aquarium wonders and festival food. It’s free to stroll the historic boardwalk and peruse the goods, and even if you don’t go for thrill rides, there’s no charge for the show-stopping sunset at the end of each day.
Posted by GCC Partners Webmaster at 4:24 PM No comments:

Renters insurance may seem expensive or even esoteric if you're among the more than two-thirds of tenants who lack it. But it's the best way to avoid losing thousands of dollars if you're robbed or your apartment is damaged by water or fire. 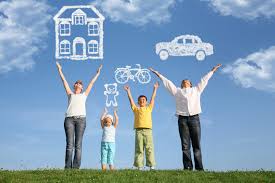 New York apartment dweller Rose Lichter-Marck, 28, had to pay cash to replace all her furniture, housewares and books after a fire in her old building that started with an electrical problem on another floor. Cleaning the smell of smoke out of her clothes cost another $2,000, even with a "pity discount," because she didn't have insurance, she said. Then she had to stay with friends and relatives until she found a new apartment.  With insurance, the whole experience would have been less painful — and less expensive.  "They would have put me up in a hotel, paid for my cleaning and moving fees and even the broker's fee for a new place," Lichter-Marck said.


A basic policy can be had for 50 cents a day, roughly the cost of one large pizza per month. But many renters, mostly young adults, think — incorrectly — that their stuff isn't worth enough to insure, according to Apartments.com, which found in 2010 that 70 percent of tenants don't buy renters insurance.


"If something were to happen, it's going to cost a lot more than people imagine to replace dishes, computers, a big-screen TV, clothing," said Ben Rabinowitz, an agent with Allstate Insurance Co. in Pikesville, Md. "It begins to really add up."


Renters insurance covers more than what's inside your apartment. Say you happen to leave the bathtub running too long and water damages your neighbor's ceiling below; renters insurance will cover the repairs. Or, if your laptop is stolen from your car, that's generally covered by renters or homeowners insurance — and not auto insurance.


Here are five steps to take if you're considering renters insurance:


• INVENTORY YOUR POSSESSIONS: Go room by room and photograph everything you own to get a sense of how much it would cost to replace all your things. While you're at it, write down the serial numbers of all your electronic devices and appliances to guarantee you are fully reimbursed if you do choose to buy insurance and you suffer a loss.


• SEEK OUT DISCOUNTS: Take note of any special safety precautions in your building, such as deadbolt locks, a 24-hour doorman or a sprinkler system, that will earn you a break on your monthly premium. If you buy coverage from the same company that insures your car or provides you other types of coverage, that can earn you a multi-policy discount.


• THINK ABOUT PARTYING: If you like to entertain, renters insurance can be especially helpful. Most policies will offer your guests medical coverage, so if someone visiting your place slips and smacks his head on your kitchen counter, his trip to the emergency room will be covered. (And it's no-fault coverage, so you won't have to wait for a court to decide who is liable before your insurance kicks in.


• CHOOSE REPLACEMENT VS. ACTUAL VALUE: Most insurers will cover either your belongings' actual cash value or what it would cost to replace them. A cash value policy will be cheaper, but the payout for things you have to replace will be reduced by how much they've depreciated since you bought them. Replacement-cost coverage will cover the cost of replacing your belongings new, now.


• UNDERSTAND YOUR POLICY'S LIMITS: Basic renters insurance policies cap reimbursements, meaning that a diamond ring may be covered for only $1,200, even if it's worth six times as much. So be sure to buy the extra coverage you need for pricey items like jewelry, electronics and musical instruments. Some people even carry riders against identity theft. But extra coverage adds up quickly so be clear about your priorities.
Posted by GCC Partners Webmaster at 4:16 PM No comments: